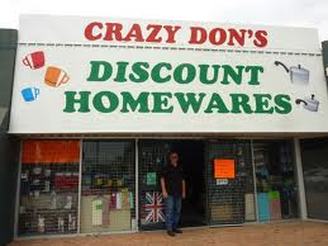 Don has been a valued supporter of Sowilo for many years now. With his wealth of knowledge he assists in life skills classes on a Friday afternoon and contributes greatly to our weekly community meeting.  Having Don as an active part in our small school community has been  both beneficial and good fun.  Since his involvement and ongoing support, several staff have recently nominated him for school patronage.  Many thanks Don!!

Armadale youth resources have been a valued partner of Sowilo CHS for many years and have added a wealth of not only information and assistance but involvement in surrounding community events.

Mathletics Australia have been a major community partner for the past two years and through the continued and valued assistence of Regional Manager Dwayne Millen and his team this partnership is set to continue into the future. Mathletics have incredibly generously given us a free and unlimited subscription to Mathletics and Spellodrome worth over $1500 a year in which Sowilo students can log on and work on their maths and spelling individually and improve thier skills and knowledge. Many students gain certificates and their math and spelling levels have greatly improved. Thanks guys! Click here to learn more about Mathletics and Spellodrome

World champion Grayson West and his club Legion 13 have been dedicated in assisting Sowilo with training, advice and wholesale prices on goods for the last 12 months.  Many staff from Sowilo train with Legion 13 with our youth worker Kyle being an instructor at school and with the club.  The strong staff interconnection creates a very valued community link between legion 13 and Sowilo.  Legion 13 have also donated gis to Sowilo to weat whilst training - thank you! 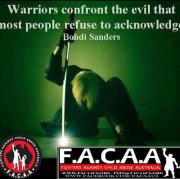 We are a non- profit organization set up to end child abuse by breaking the cycle of abuse.

To finally break the cycle of child abuse through the use of counselling, mentoring life coaching, job placement and martial arts and combat sports as a whole. As well as promotion and information to really shine a light on a problem that all to often gets swept under a rug. There is a greater evil that we must fear than evil men/women and that is the indifference of good men/women. To sit idly by and do nothing while you know a wrong act is being perpetrated is as wrong as the act itself.


F.A.C.A.A has contributed greatly toward Sowilo via providing support through merchandise associated with our BJJ
program,  and general promotion of our unique C.A.R.E school.   Many thanks!
Click here for F.A.C.C.A

Food bank has been a long time supporter of Sowilo and its breakfast program. Foodbank also provides much needed food parcels for those families in need.
Click here for Foodbank

Scorpion Chilli Products has been assisting Sowilo for over 3 years, providing knowledge and whole sale prices on chilli supplies.  Scorpion chilli has had a major influence upon some very exciting cross curriculum programs.

Jay and his team from Onyx fit have assisted Sowilo in a multitude of ways, providing training facilities for students  and staff at a discounted price, self defense programs for staff and assisting with our free style kickboxing syllabus.  Jay has also played a pivotal role in providing knowledge in regard to self defence for those who have been victims of domestic violence. 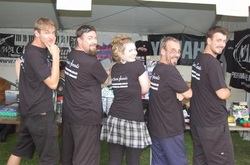 Classic sounds have been long time supporters of Sowilo and have supported our vast music programs for several years.  Their knowledge of music and instruments has had a wonderful influence over our music programs.

True Bloomin Hydroponics has been involved with Sowilo for nearly 2 years.  Their knowledge on growing chilli hydroponically has assisted our chilli program dramatically. Being one of the only schools in WA where by chilli is grown indoors Brad has been a great help.

Xpression Photography joined Sowilo's growing list of supporters in August 2013.  Xpression has kindly provided photo shoots for our students interested in trying out modelling.  The girls who have participated have learnt so much and really enjoyed themselves.  Students returned with a new confidence !  Thanks so very much Xpression :o)

Damian Summers at Cornucopia Music Studio has produced a rap song with one of our students, Brody in term 4, 2013.  It is hoped that we'll be able to take more students in the future to this amazing facility to work with Damo to produce more music recordings.  A film clip is also on the cards which Damo will be producing too.

Thanks for all your patience, expertise and talent Damo!!